If Kamala Das’ poetry spoke about the intense spirit of an oppressed woman, then K. Srilata’s poetry gives us a glimpse of the inherent melancholic rhythm and cadence that colours a woman’s world, each offering us a thread of wisdom unravelling from the spool of silence in the everyday

There is a silence that gets piled-up not only through the night but often through a life. There is no silence as heavy as the silence of the oppressed and the marginalised. If, because of your caste, gender, economic worth or sexual orientation, the world puts you on the wrong side, then the silenced voice lies within you. Such is the voice of a woman, which breaks the silence through her poems.
Vrinda Nabar has rightly opined that one is ‘caste as woman’. And being cast as woman, she is born into silence; no loud songs of joy proclaim a girl’s birth. A woman is born, it seems, only to be silenced; made to bear in silence all that society inflicts upon her. If the girl child is not physically killed at birth, then her soul is repeatedly killed as she tries surviving in a world that does nothing to appreciate her.
As poet Kamala Das shows us in her poem Suicide, a girl’s life consists of warnings, and roles to play. 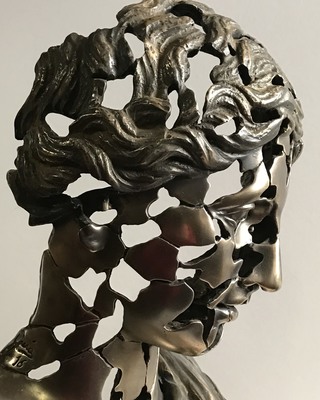 My grandmother cried, /Darling, you must stop this bathing now/You are much too big to play/Naked in the pond.

And again: I must pose. /I must pretend, / I must act the role/ Of happy woman, /Happy wife.

In her poem, After the Party, Kamala Das highlights this once more:

And going down the lift saw in its cold mirror/ With apathetic eyes the fullness of a body, / Tamed by will and practice, taught never to make demands.

Kamala Das, poet, littérateur and widely read columnist, was noted for her confessional poems and explicit autobiography. An iconoclast in her generation, she broke the walls of silence surrounding women and female sexuality.
In her poem, The Old Playhouse, (Tonight This Savage Rite, 1979), she cannot take the silent role-playing and expectations of being a wife any longer, without letting the world know. Protesting against the shackles of patriarchy, she accuses her husband as someone who made her lose the urge to fly, stopped her from finding her own ‘pathways of the sky’.

You planned to tame a swallow, to hold her
In the long summer of your love so that she would forget
Not the raw seasons alone, and the homes left behind, but
Also her nature, the urge to fly, and the endless
Pathways of the sky. It was not to gather knowledge
Of yet another man that I came to you but to learn
What I was, and by learning, to learn to grow, but every
Lesson you gave was about yourself. You were pleased
With my body's response, its weather, its usual shallow
Convulsions. You dribbled spittle into my mouth, you poured
Yourself into every nook and cranny, you embalmed
My poor lust with your bitter-sweet juices. You called me wife,
I was taught to break saccharine into your tea and
To offer at the right moment the vitamins. Cowering
Beneath your monstrous ego I ate the magic loaf and
Became a dwarf. I lost my will and reason, to all your
Questions I mumbled incoherent replies.

Your room is
Always lit by artificial lights, your windows always
Shut. Even the air-conditioner helps so little,
All pervasive is the male scent of your breath. The cut flowers
In the vases have begun to smell of human sweat. There is
No more singing, no more dance, my mind is an old
Playhouse with all its lights put out. 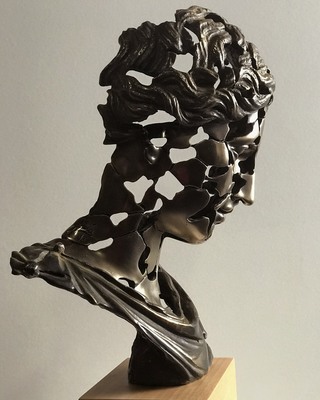 K. Srilata, a poet, fiction writer, translator and academic based in Chennai, also speaks of the silence that surrounds a woman. K. Srilata’s published poetry collections are Seablue Child, Arriving Shortly and Writing Octopus. She has been awarded the Unisun British Council Poetry Award, and the Charles Wallace fellowship (2010).

In her poem Many Poems Nestle Inside Houses, K. Srilata talks of poems inside houses, as though finding some kind of space otherwise denied.

Many poems nestle inside houses.
Like this woman with a sad, crumbling face
her soft saree mocking her every move
coming apart at leisure.
I think of how someone must have loved her
as a baby
caressed her baby toes, skin, hair.
They say:
She comes from a rich home
but married the wrong man
a dried up stick who cannot understand
the poem lingering on her face.
They say:
Hurt has made her barren
though actually she loves children.
They say:
She is a healer.
She even healed her mother-in-law’s cancer.
They say:
She sleeps little.
Some nights she wanders through the run-down garden
looking for a peace that the day does not bring her.
They say:
She speaks to no one.
In fact, she stopped speaking years ago.

Sometimes the poem sitting in that crumbling old house
urges me to knock
at the door
and touch her face.
Each day every day
I pass the house.
I just pass by.’

The woman has stopped speaking long ago. You have to stroke her face to read the poem. The husband cannot read the poem on his wife’s face. So the poem just sits there, ‘in that crumbling old house’. The pathos of the unspoken that is writ all over the face of the silent woman in the house is the universal pathos of women.