FRIN/GE, on view at the Vadehra Art Gallery in New Delhi till January 1, 2021, is where curator Shaleen Wadhwana’s modern approach illuminates darker pastures under a hopeful microscope.

Running wild at the Vadehra Art Gallery, Delhi till January 1, 2021, a highly symbolic title brings together a host of artists who commemorate a post-COVID exposition with artworks ranging from QR animism to an ever-curious simulated interface. Curated by the visionary Shaleen Wadhwana, FRIN/GEis a 3D, hands on experience that is safe and sanitary. An independent arts educator and cultural heritage professional, whose curatorial practice explores meta-narratives in global history and artistic responses to contemporarysocial issues, with FRIN/GE, Wadhwana successfully brings in her own flair on the subcontinental art scene.

Afrah Shafiq Afrah Shafiq, Our Lady if I Can Be Anything You Want Me To, InteractiveSimulated Bot (animation, text, sound, custom code), Installation size variable, 2020. All Images are Courtesy of the Artists and Vadehra Art Gallery, New Delhi.

The letters in the title are drawn to a divide, as the ‘/’ holds immaculate meaning in the way Wadhwana’s vision takes the audience on an expedition of sorts.The ‘/’ is the vacancy, a grey area or a resting ground up for grabs, as she carefully positions it, allowing us to ‘think about where we would occupy and what we are willing to do about it’. A curatorial masterstroke, it brings the kind of art that doesn’t yet have a home and gives it a sense of belonging. Featuring a total of 25 artworks across a wide range of all-encompassing media, from paintings, textile, programming code and data, to photographs and videos, by artists Afrah Shafiq, RubyChishti, Anju Dodiya, Atul Dodiya, Sharbendu De, Renuka Rajiv and Avril Stormy Unger, Juul Kraijer, Ashim Purkayastha and Mithu Sen, FRIN/GE was conceived as a space inwhich to unpack the ideas and feelings that govern norms, behaviours and actions leading tothe creation of an exclusion or periphery, which serve as foundational undercurrents forcontemporary realities. 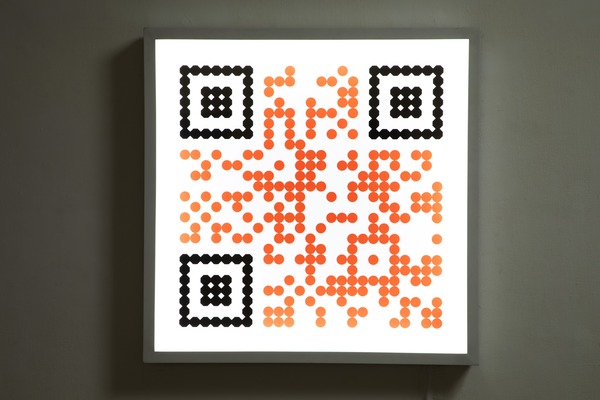 While Rajiv and Unger’s sordidly document an evolving Bangalore, Purkayastha’s impressionistic idealism based in his Ulhas series depicts a modern caveman approach to life, which along with Chisti’s depiction of the disparate impact of the pandemic in the USA brings an entirely new narrative into the mix. At the same time, there are progressive strides in the face of Mithu Sen’s Un-ephemeral traces, a QR code artwork which is supposed to be ingrained in the viewer’s memory. The varied subject matter here, as a whole, takes on more than just an imaginative approach.Not stemming from any bias, one would represent a collective opinion of a highlight from the exhibition, which would be Sharbendu De’s homage to the Lisu tribal identity. The impeccable taste and technicality in his series of photographs veiled an utterly powerful choreography and staging. One wonders why some don’t have a title, as these photographs have more than just a theme. It has a mood, as the nightshade coupled with the cosmic interplay of the rainforest and the river gave his subjects a surreal tint. You don’t have to look for a story in De’s works, for they will speak in deceiving volumes. That narrative is further articulated in the self-exploration of the highly revered Anju Dodiya’s work, as she too signifies the discrimination against the Hindu-Muslim identity. 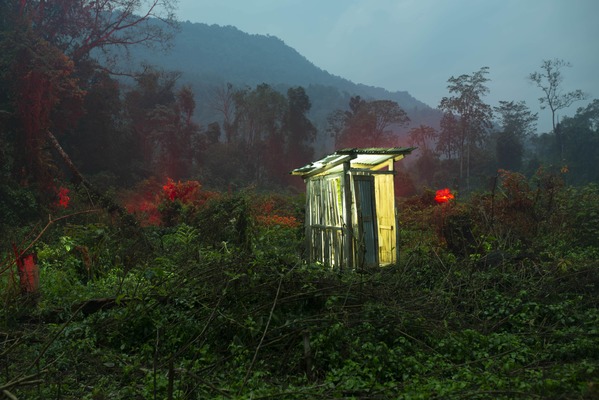 ‘An already challenging question became even more nuanced as we witnessed the spread of COVID-19. The artistic dialogue and the impetus of my curatorial concept widened to incorporate the developing realities of 2020 as the world rearticulates its responses to this ongoing global pandemic,’said Wadhwana when talking about the exhibitionthat is doused in variety and avant-garde impressions of a versatile kind. There is much to look forward to, from the analyst’s perspective in Wadhwana’s carefully curated exhibition, FRIN/GE as it tackles the very unknown, in our own selves and in the world we are now living in. 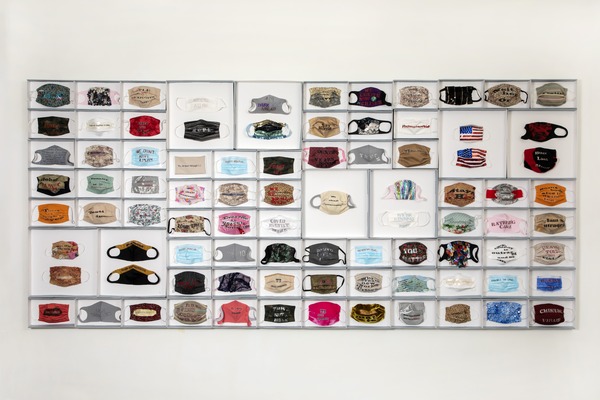 Also Read : Cartist Festival, 2020: The Year Of Change And Conditioning