We articulate the essence of memory in countless ways, but what comes to mind instantly when speaking of memory is its weaving – the way our experiences weaveintothe things we remember and the way we remember them – that formsa network of collective or individual histories. Invokingherassociation of memory with fabric, Virginia Woolf wrote in Orlando:

Memory is the seamstress, and a capricious one at that. Memory runs her needle in and out, up and down, hither and thither. We know not what comes next, or what follows after.

In the recent Online Trunk Showhosted by Art Musings,we stepped into the world of artist-seamstress Smriti Dixit and her found objects. The show made us privy to a collection ofnine artworks, each named after a Nayika (heroine) of Indian classical aesthetics fame. The workswere visceral, laying barethe construction of each, forming piecesthat evoked a slurry of emotions.‘The process in my work is like a tree, slowly and steadily gripping onto its roots, and taking shape and form as it grows. 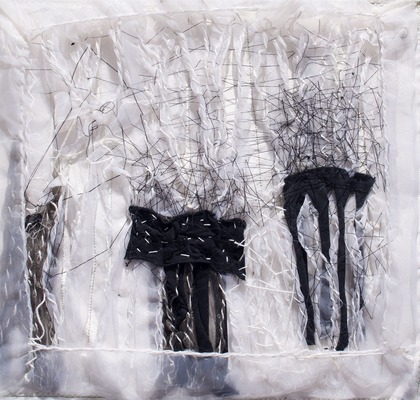 There is always a seed thought that is the beginning or the germination of an idea which then evolves organically as it progresses. The shapes and colours are confounding, almost always connected to a memory. I work like a monk praying, and try to achieve the journey from formless to a form’, said Dixit, describing her modus operandi.In creating the works, Dixit didn’t shy away from the inner workings of each of her pieces, but rather, she exposed it, the jagged ends, the frays and tears – all proof that human hands were involved in the birth of each artwork; making sure that a sense of tactility remained indelible through them all. 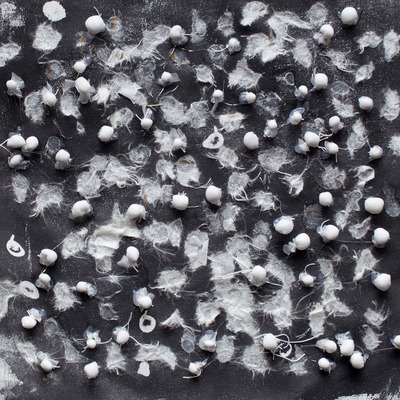 Ideas of rage, passion, joy, lust, love, wonder, disgust and peace gave way to a more tactile and tacit form of experience, where you could stand back and engage with the pieces at an intimate level. 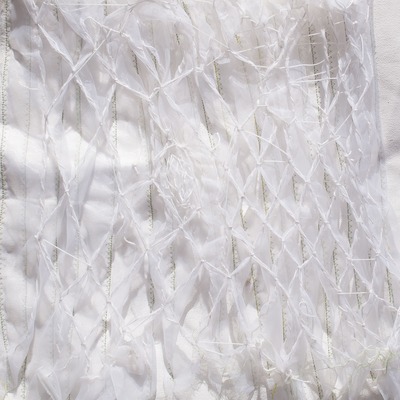 In the juxtaposition of found objects with fabric, one of our most basic civilisational need,we saw a preservation of elements that are seemingly unadorned realities; where thefound object was lifted from its banal state and attributed a role to play in expressing something bigger than itself as if in a rebirth.
Thehighlight of the artworks however, was in the detail. 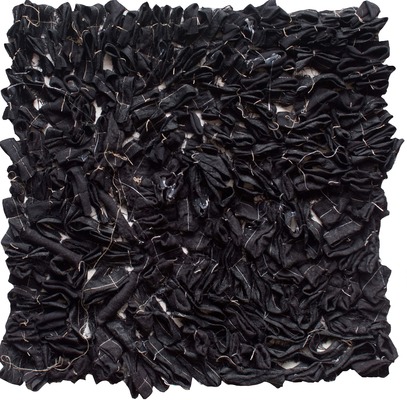 The intricate line work and stitching and sometimes re-stitching, as if it were a palimpsest, outlined a sense of breaking apart,only to rebuild again – a continuous push where perspectives kept changing and evolving. The way she braided and tied uploose ends, draped or let the lint fall where it may, eked out the traditional feminine tropes of plaits and pleats, binding and bonding, whilst dislocating the seams of the very conceptions and creatinga vision of fate spinning humanity’s outcomes unknown. 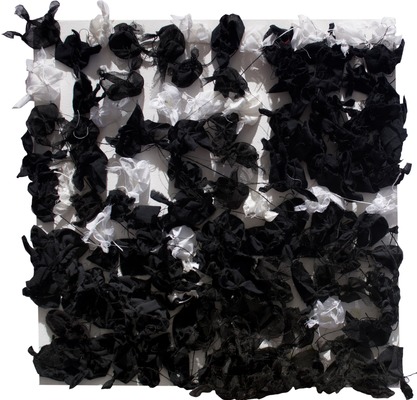 Madhumati Chowdhury is a Kolkata-based writer and editor