Crafting The Identity Of Indian Cities

Indian cities have a charm of their own, each of them have a distinctive character. With diverse influences and history, their uniqueness is what adds to their appeal and identity. Here’s a look at some works inspired by urban life in Indian cities. 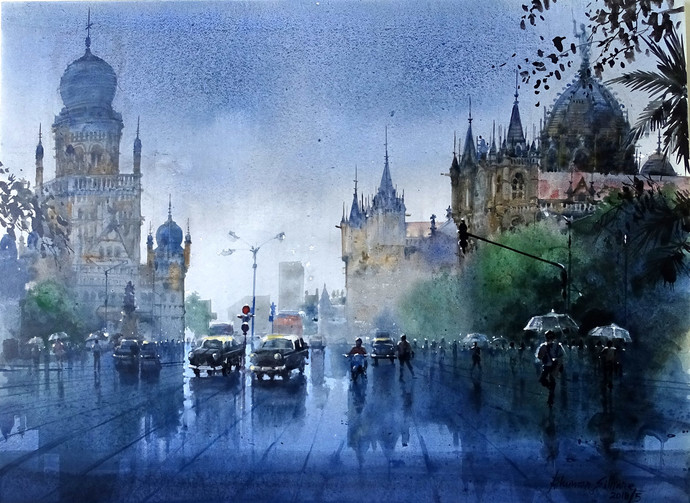 Monsoon in Mumbai is characterized by heavy showers and the rain on the city’s historic monuments and streets look quite picturesque. Artist Bhuwan Silhare deftly uses acrylic on canvas with a blue tone to convey the feeling of a cold rainy day. The reflections of cars in the puddles on the road and the soft washes of transparent colour capture the light bathing the space with adeptness. 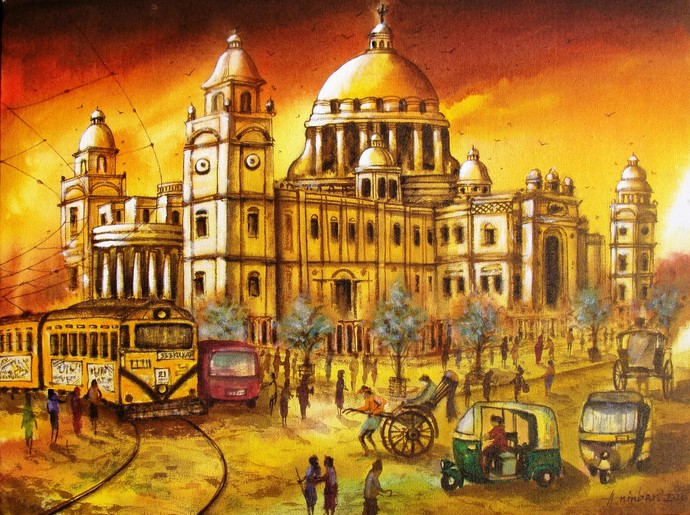 The Victoria Memorial is probably one of the best known landmarks of Kolkata. This beautiful building has a unique style which comprises a blend of British architectural style with that of Egyptian, Venetian, Deccan, Mughal and other Islamic styles. This has been well-captured in this acrylic on canvas. The way the elements such as autorickshaws, hand-pulled rickshaws and the tram make it reminiscent of Kolkata’s typical urban life. The sunset bathes the whole painting with a red and yellow golden glow that hints at nostalgia. 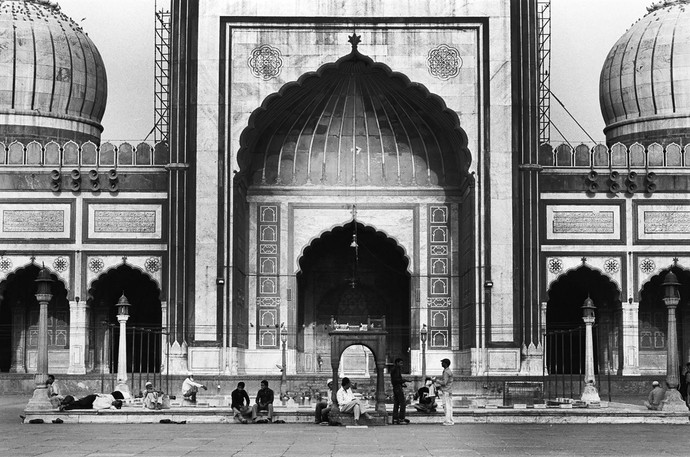 The famous Jama Masjid was a mosque built in the 16th century by emperor Shah Jahan. This black and white digital print treats one to the magnificence of Mughal architecture.  The grand minarets and inscriptions are awe-inspiring yet the early  of people sleeping in frontof it or chatting bring it down to earth.