Can Spirituality Enhance Your Creativity?

Far from reducing our spirituality, the new millennium has brought a powerful interest in all things to do with ‘the greater life force,’ with 54% of Americans considering themselves religious and 75% considering themselves spiritual – as reported by Pew Research. Spirituality has a role to play in health and wellness, with research indicating that spiritual people are happier and that they can weather life’s vicissitudes with greater positivity. For artists, the question remains whether embracing spirituality can help them boost their creativity or even get over an inspirational block. 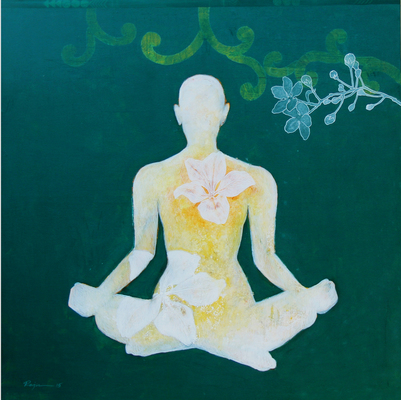 Belief and Art Have a Long and Intricate Bond

In 2019, research by the Spanish Foundation for Science and Technology debunked previous beliefs that paleolithic art consisted simply of aesthetic and decorative motives. Scientists have found that religious beliefs were actually the origins of Paleolithic art. "Initially scientists saw this art as the way that the people of the Paleolithic spent their free time, sculpting figurines or decorating their tools," said E Palacio, author of the study. However, more recent research aligned their findings with anthropological interpretations. Are has, in fact, had a more profound reason for being, even in ancient times.

Creativity from Past to Present

From ancient Greek times until today, writers and other artists who experience a creative block often say that their ‘muse’ has left them. In Greek mythology, muses were viewed as inspirational goddesses of the arts, literature, and science. Today, they take many forms, with people seeing signs of divinity in everything from the archetypes of the tarot deck to ‘guardian angels’. Even those who do not believe in organized religion may seek proverbially ‘ask their guardian angel for help’. They may also interpret angelic numbers (those which appear repeatedly and seem to be relaying a message) in a way that enlightens them and enables them to take the steps they need to ‘break’ a creative block.

Is Creativity a Form of Spiritual Intelligence?

“What art does is to coax us away from the mechanical and towards the miraculous… Art is not part of the machine. Art asks us to think differently, see differently, hear differently, and ultimately to act differently, which is why art has moral force …” says English writer Jeanette Winterson, pointing to the inexorable link between spirituality and all things creative. Art, she says, demands that we be our best and fullest self. Art is memory, but also a reminder that we are more than material. There is something inside us that seeks to touch the powerful life force that is common to all humanity. When we do, we create works that speak to the heart of fellow human beings in a powerful way. 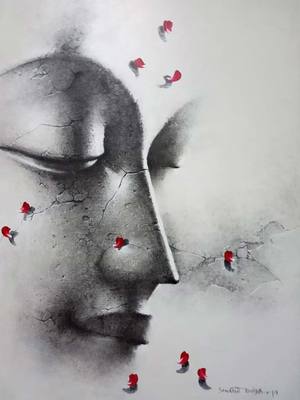 Spirituality Goes Beyond Talent in the Fine Arts

Lucky are artists, say those who find difficulty expressing themselves, for they are able of giving life to universally beautiful works that are capable of inspiring, motivating, and even changing others for the better. If you feel that art is not your thing however, know that spirituality can enable to give yourself wholeheartedly to others in many more ways. Researchers have found that spiritual people are happier - especially when they form communities that serve as vital sources of support for its members.

Spirituality can boost your creativity in many ways - from inspiring you to create a life-changing work to helping you come out with ideas to improve the lives of people in your community. If the new millennium has changed one thing with respect to spirituality, it is in boosting its inclusivity. From belief in angels to expressing one’s deepest beliefs through art, there are so many ways a creator can reach for higher ground.