A Sense For The Nonsense

From Edward Lear and Lewis Carroll, the limerick has come a long way, allowing serious socio-political commentary too to become part of its nonsense, fun universe

I was 12 years old when I was awarded The Complete Nonsense of Edward Lear as a prize in my school in Kolkata. My introduction to limericks began then, and I fell in love both with the rhyme and the reason behind limericks. The illustrations done by Edward Lear that went with his limericks were hilarious, adding value to his poems. He wrote this book in 1846, and popularised a hitherto unknown form.

The limerick is really very simply five lines that go to form the stanza and follow the aabba rhyme scheme. The first, second and fifth line rhyme, and the shorter third and fourth lines rhyme. A limerick is nonsensical and quirky, and quite impossible to resist. Here are a couple of them by Edward Lear from his A Book of Nonsense:

There was an Old Man of Calcutta,
Who perpetually ate bread and butter;
Till a great bit of muffin,
On which he was stuffing,
Choked that horrid old man of Calcutta.

His sister, called Lucy O’Finner,
Grew constantly thinner and thinner;
The reason was plain,
She slept out in the rain,
And was never allowed any dinner. 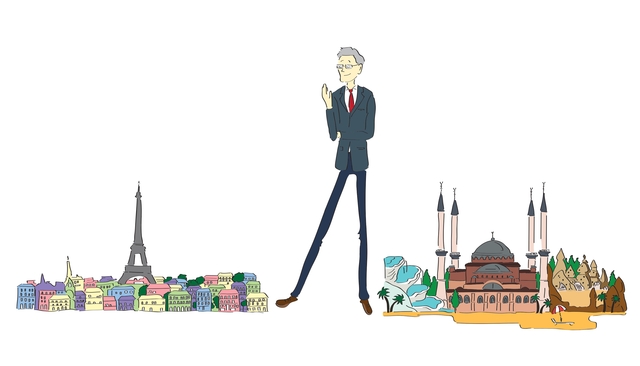 Ogden Nash (1902–1971) was an American poet well known for his limericks and light verse. Some of his lines like ‘Candy is dandy, but liquor is quicker,’ are used even today. Ogden Nash often consciously spelled the words wrong to keep the ‘sound’ of his words right while penning his limericks. Take this limerick (a variation on the very popular ‘old man of Calcutta’) as an example:

There was an old man of Calcutta,
Who coated his tonsils with butta,
Thus converting his snore
From a thunderous roar
To a soft, oleaginous mutta.

We can see that the limerick grants a certain liberty in the use of words to suit the rhyme. While Kipling says ‘friz’ and ‘I is’ to make the limerick work, Nash gets away with ‘butta’ and ‘mutta’! It’s almost as if the limerick tells the poet that s/he should keep to the constraints of the five-lined rhyme and consider all else nonsense.

Limericks are not very popular in India, though this poetic form seems to be finally finding its place in the sun through the writings of some like Amit Varma and Bibek Debroy. It must be noted that both of them have written the limericks for newspapers.

Read More: The Smart Way To Fill Your Room With Enriching Colours